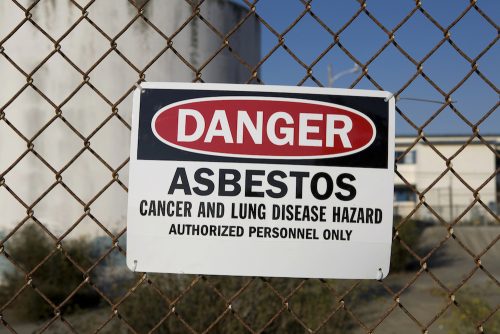 Our Latest Blog Post Has Been Titled Asbestos Symptoms Denver Colorado & We Want To Highlight That Studies Have Linked More Than A Dozen Different Diseases To Asbestos Exposure.  Mesothelioma and asbestosis are two of the most well-known and most debilitating asbestos-related diseases, but both can be difficult to diagnose because of cancer symptoms that resemble those of less serious conditions.

Reading this blog post, you can learn the symptoms of these and other asbestos-related diseases along with the keys to early detection.  For more information on getting an asbestos test done at your office and/or residence, then please visit the following Google Plus Page Or Click On The Following Website Link <Asbestos Testing >

Mesothelioma is a rare form of cancer that forms on the protective tissues of the lungs, abdomen and, in rare cases, the heart and testicles.

It can be extremely difficult to diagnose because of a latency period of 20 to 50 years after first exposure to asbestos. When early signs do appear, they resemble common flu-like symptoms such as fever, coughing and pain in the chest or abdomen.

Other common symptoms include:

By the time advanced symptoms show, the cancer often has spread.

Many patients don’t seek medical attention until symptoms intensify. When early symptoms show they are often so minor that doctors take them as symptoms of another disorder or write them off entirely.

Most mesothelioma patients are diagnosed in stage III or stage IV, considered the late stages.

Asbestosis is a noncancerous lung disease characterized by severe scarring and inflammation of lung tissue. It is caused exclusively from the inhalation of asbestos fibers.

It carries many of the same symptoms as mesothelioma such as constant coughing and chest pain. Like the cancer, it can take decades after asbestos exposure for symptoms to show.

The disease is incurable, but the prognosis is often positive.

Primary symptoms of asbestosis include decreased tolerance for physical exertion and shortness of breath, with the severity of these symptoms often related to the amount and length of asbestos exposure.

While asbestosis is an irreversible condition, treatment options can slow its progression and help patients live years and even decades after a diagnosis. However, asbestosis can elevate the risk of developing serious cancers such as mesothelioma and lung cancer.

Lung cancer is the leading cause of cancer death in the U.S., killing an estimated 158,000 Americans in 2015. Between 80 and 90 percent of these deaths are linked to smoking.

Asbestos lung cancer is rare, and like mesothelioma, can take decades to develop but just months to spread to other organs.

Both cause pain and reduce lung function, but asbestos-related lung cancer develops in the lung itself as opposed to the lining of the lung or lining of other organs.

While smoking has no influence on the risk of mesothelioma, smokers with a history of asbestos exposure have the highest risk of lung cancer.

Mesothelioma can often be misdiagnosed as lung cancer because of overlapping symptoms such as chest pain, coughing, breathlessness and weight loss.

If you have been exposed to asbestos but do not have symptoms, you should get regular checkups with your primary care physician and make them aware of your exposure history.

If you have a long history of asbestos exposure and develop chronic cough, chest pain or shortness of breath, see an asbestos-related disease specialist immediately.

Smokers or former smokers with a history of asbestos exposure are more at risk and should be vigilant about recognizing symptoms of asbestos-related diseases.