HomeBlogBlogA Comparison of Water Damages from Leaks and Flooding

A Comparison of Water Damages from Leaks and Flooding 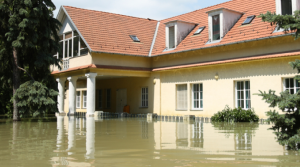 As anyone who has ever dealt with water damages can tell you, the process is always unpleasant, regardless of why it is happening or how it started. But different kinds of water damages pose different problems. Leaks can cause a lot of problems, but so does flooding. When the question comes up based on which type of water damage is the most problematic, you will need to evaluate the types of problems based on different criteria.

Based on the extent of damages:
When the criteria is the extent of damages, the water leaks don’t come close to the damages produced by water flooding. This is because flooding occurs over a large area and as a result causes more damages. Leaks on the other hand only cover small areas and cause less damage.

However water damages isn’t all of the problems caused by flooding. Flooding means water spreads throughout the home. In this process, it also causes damages to the furniture in its way, not to mention the walls and any insulation within them. However, sometimes leaks can also cause “flooding” per se, e.g. if a water pipe bursts into the basement, leading to flooding of the whole basement, which will also cause a lot of damages.

Based on the level of danger of damages:
The level of dangers associated with flooding and leaks can depend on a number of factors. Because of floods, you and your family can be exposed to dangerous bacteria and mud, whereas from a small leak, you don’t usually have to worry about severe exposure to diseases or to growing molds. However, if the leak is large, then you may be exposed to dangerous water such as from sewage. If the flooded water is fresh, it may be comparatively less dangerous as compared to the highly contaminated “black” leaked water.

Based on how common the damages are:
Based on statistics, more people face problems because of leaking than they do because of flooding. This is because most homes have a lot of electrical appliances that use water supplies, which then increase any chances of leaking to a much higher level.

The good news is that leaks can be prevented with ease, whereas flooding is difficult to avoid, especially in bad weather conditions and heavy rains. If you carefully maintain your appliances and make sure they are checked out every now and then, you can stop a leak from causing damages before it even happens.

Based on acceptance of insurance claims:
Although you may imagine things to be different, it is actually harder to get an insurance company to pay for damages related to floods. This is because the insurance claim has special clauses for water damages from indoor plumbing and not flooding, hence why flooding doesn’t usually come under their coverage, and hence people at risk of flooding in their homes and those people who are affected by flooding need to buy extra flood insurance.